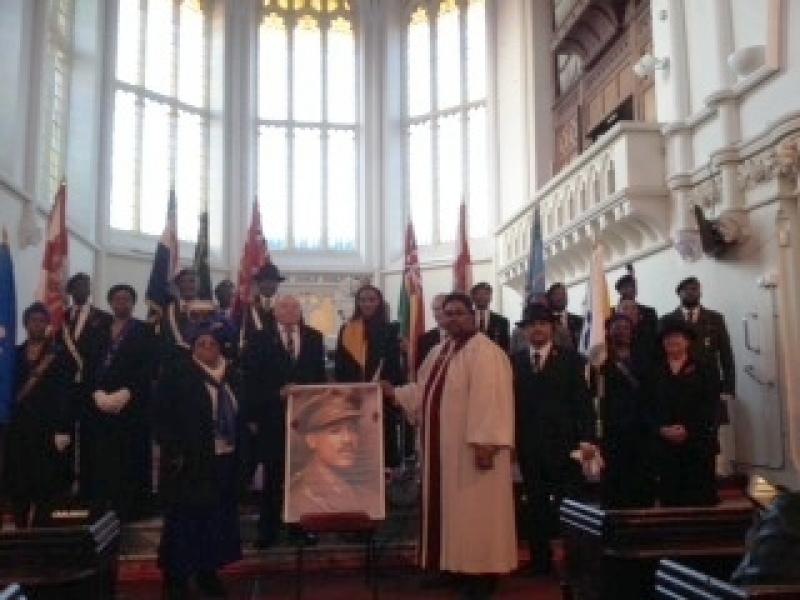 Few people have heard the name of Walter Tull. Those who have, rarely appreciate the relevance of his contribution to both sport and service to King and Country.

His early life was marred with personal tragedy, and has he grew up he continued to face hardship and misfortune. Despite this deprived start in life, his conviction to succeed, guts and skill, helped him to shape a career in football.

At the start of the Great War, he exchanged the football field in favour of the Battlefield; with his ability recognised, he swiftly rose through the ranks. His courage and determination earned him a recommendation for a Military Cross, but sadly this was never awarded.

The name Walter Tull, has been neglected and forgotten through the passage of time; it is our hope that 100 years on, he finally received the recognition he deserves.

On 25 March 2018 a commemoration service was held in Birmingham to honour this Forgotten British Hero.

During the service our condolences were paid to the memory of Cyrille Regis who sadly passed away 14 January 2018.  A heart warming thank you goes out to Cyrilles daughter who attended the service on behalf of the Regis family who shared some of her personal memories of her father.

As a mark of respect Battle Standards were also paraded to highlight the sacrifices, loyalty and dedication to Britain from the West Indies dating back from 1795.  West India Regiments were raised to assist the British Empire during the Napoleonic Wars through to the First World War