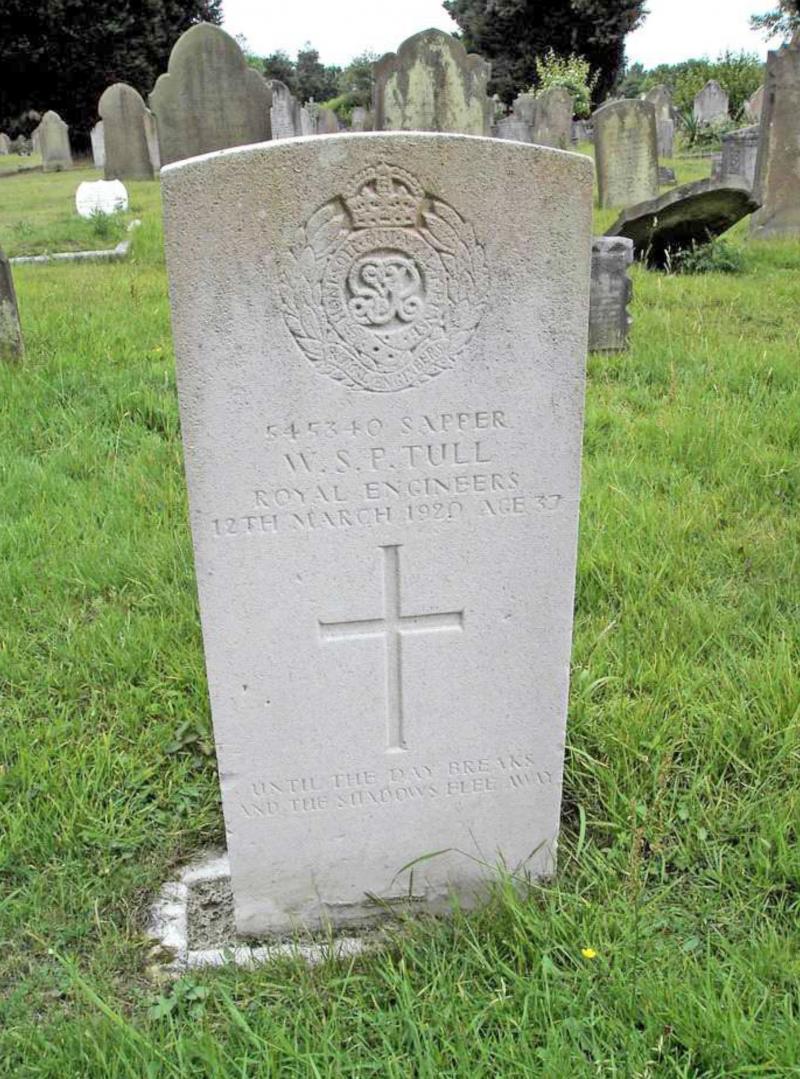 William Stephen Palmer Tull was the eldest brother of Second Lieutenant Walter Daniel John Tull notable for having been a professional football star and the first black combat officer to be killed in the Great War.

William was also a casualty of the Great War, having served as a Sapper No 545340 in the Royal Engineers. Aged just 37 he died at home, 59 Greenfield Road on 12 March 1920 from tuberculosis probably an effect of the gas poisoning he sustained in the trenches on the Western Front. He left a widow Gertrude Mary Tull (nee Boxer) and children.

Unlike Walter, whose body was never recovered, William is buried at Cheriton, Folkestone and has a Commonwealth War Graves Commission headstone.

Williams’s parents are also buried in Cheriton as are other members of his family.

You can read more of the Tull Family in “Who Does He Think He Was?” at