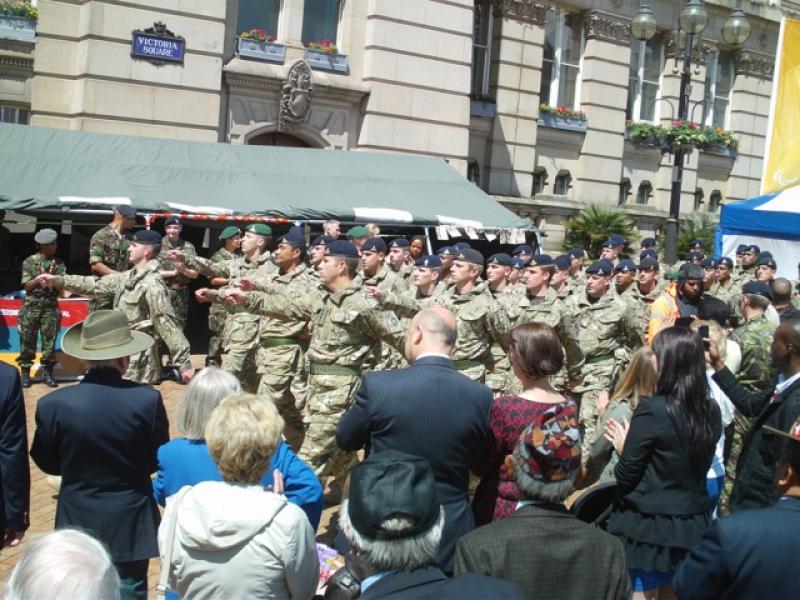 June may have felt more like April with its continual downpours and flash flooding, however as the crowds came out so too did the sun to celebrate Armed Forces Day.

And what a day it was.

Centenary and Victoria Square both awash with spectators and well wishers, and I am proud to say ' We Were There'.

The WAWI stall, situated in Victoria Square opposite the Council House had a continuous stream of visitors, including the previous and present Lord Mayor. On display, photos and articles highlighting untold stories of England's Military History.

Many of the comments we received were that of anger, that the valuable information we were imparting has been omitted from the Educational Curriculum.  One such story which few people were aware of was that of the 'Bombers for Britain' campaign, started by the Jamaican Newspaper the 'Gleaner' to which many Colonies and Dominions subsequently contributed.

Jamaica herself raised enough funds to purchase 12 Blenheims and Trinidad made a presentation of Spitfires. An apt story in the year both Islands celebrate 50 years of Independence.

In Centenary Square the Standards of the WIR were on parade, so beautifully captured by the Sunday Mercury - see link for pictures and further information.