One of Britain's forgotten hero's 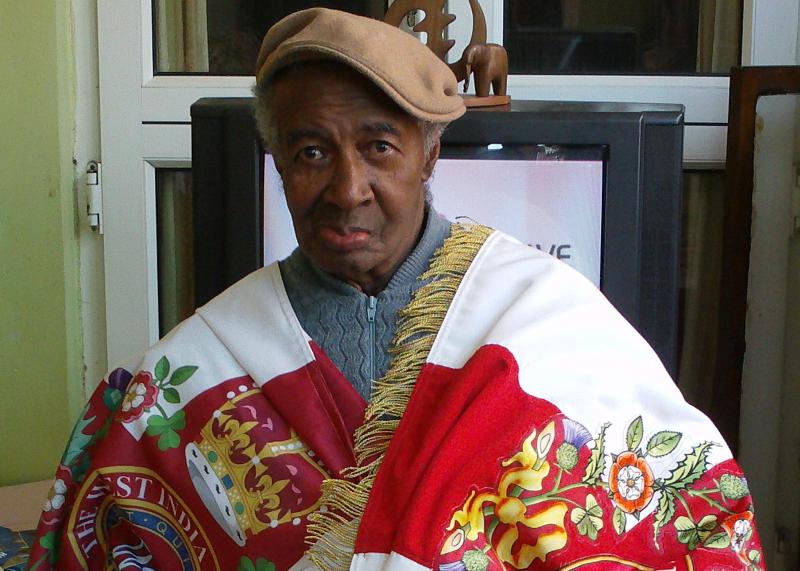 Following America's entry into WW2 in 1941, they made a request to Britain for  workers - under the heading of Manpower & Agriculture on a fixed term appointment.

Britain looked to the Caribbean and in response over 40,000 British West Indians volunteered. Permission granted, they worked in factories and on farms all over the USA. Jasper Powell was one such worker and this is his story....

Born in Jamaica in 1918 at the end of World War One a British subject like many, he was educated in the Kings language and all aspects of English culture and history. It is therefore no surprise that when England called they would always answer.

His brother James Powell was one of many British West Indians who enlisted in the RAF, stationed in Wales.

At the end of his contract Jasper returned to Jamaica. In 1944 he volunteered to return to the USA but his request was denied. However in 1945 he was re-called under 'Manpower Services' and remained there until the end of the war. He recalls, "They told us war was over, pack your bags". "We were sent home the very next day".

Hostilities over, Britain was now in need of manpower so the call went out again for help from the Colonial Caribbean. Internal wrangles ensued, and Mr Powell recollects Sir Winston Churchill reminding the Country "They helped us in the war, let them come and help us again".

Following in the footsteps of those earlier pioneers on board the SS Empire Windrush, Mr Powell arrived in England on 29th October 1951. His journey began with a flight from Jamaica to Florida, then a train to New York where he believes he boarded the Queen Mary bound for Southampton. The voyage took one week costing £96.06.

Having spent his first night in England on board the ship, he completed his journey by train to his final destination, Birmingham where he remains to this day.

Lodgings were not easy to find and the weekly cost of a single bed was between £1.00 - £1.05 shillings. The average weekly wage was around £6.00 after tax from which rent, food and all other living expenses had to be met. The best means of transport was a bicycle costing £4.00.

Once established, his wife joined him in 1953 and in 1957 his three sons arrived. In true West Indian style his home became a haven for other families from the Caribbean seeking a place to stay whilst answering England's call for help.

He first found employment at Artass & Polock a manufacturing company of war equipment where he stayed for 2 years. Another posting on Charles Henry Street lasted for 6 months before he found permanent employment at Birmingham Mint.

He retired after 30 years loyal service but was asked to go back where he continued for a further 8 years.

Now aged 93 he still lives in Birmingham with his wife aged 95. On 1st October 2011 they will be celebrating their Diamond (60th) Anniversary.

Reflecting back over the years, they have no regrets leaving the sunny climates of the Caribbean, for they have high regard for family values. As is the case with all those who re-located they are and always will be Family.

Striving to make this a better world for us all the words Thank You is just not enough.