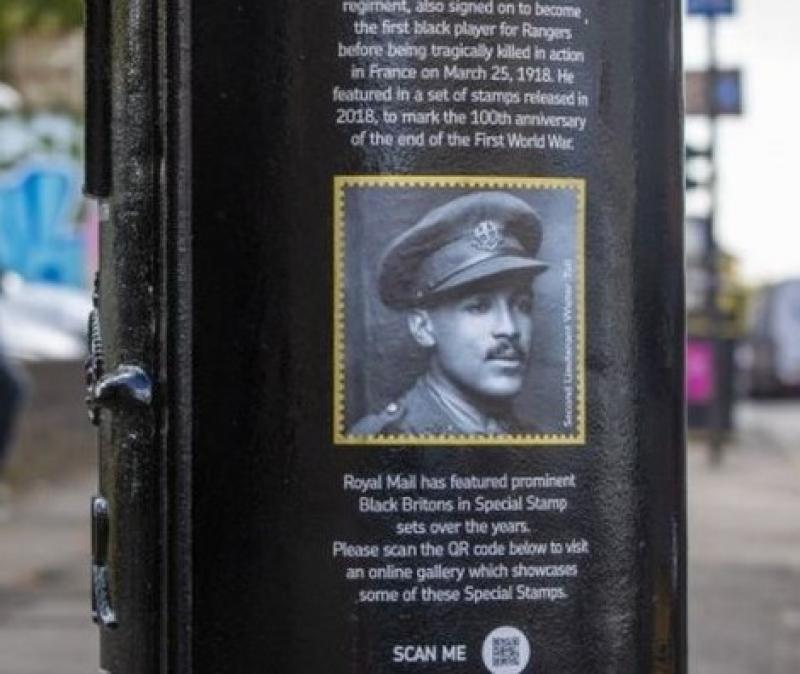 Few people have heard the name Walter Tull. Those who have, rarely appreciate the relevance of his contribution to both sport and service to King and Country. His early life was marred with personal tragedy, and as he grew up, he continued to face hardship and misfortune.

Despite this deprived start in life his conviction to succeed, guts and skill helped shape a career in football and at the start of the Great War, he exchanged the football field in favour of the battlefield.

Walter was sadly killed in action on 25 March 1918, his body never recovered.

In tribute to Walter’s remarkable achievements he appeared on a £5.00 coin and in a set of stamps to mark the centenary of the end of World War One.

He also appeared on a post box painted black in Byres Road, Glasgow as part of Black History Month Celebrations, but sadly his recommendation for a Military Cross as yet to be fulfilled.

Help us remember one of Britain’s forgotten hero’s by raising awareness of the injustice that continues today.

Walter fought for us… join us as we fight for Walter