100th Anniversary of the Unknown Soldier 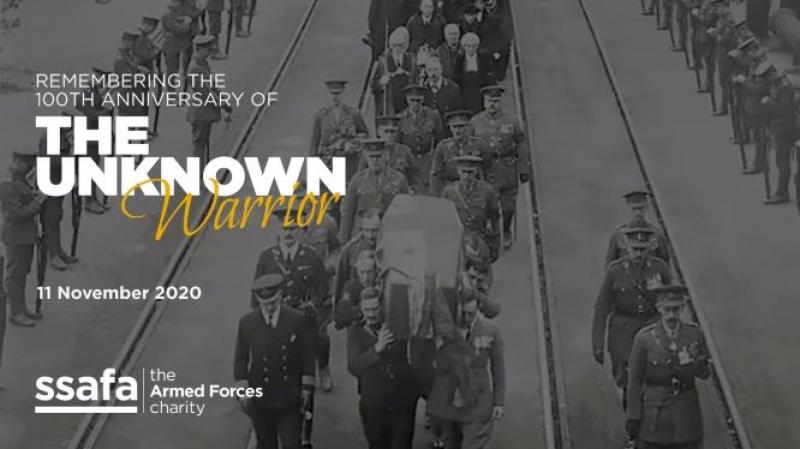 As Lady Elizabeth Bowes-Lyon walked up the aisle of Westminster Abbey in 1923 to marry the future King George VI, she released her father’s arm, stepped aside, and tenderly placed her bouquet on the Tomb of the Unknown Warrior before approaching the altar.

It was a touching tribute to her brother Fergus Bowes-Lyon, a captain in the 8th Black Watch who was killed at the Battle of Loos on 27 September 1915, aged 26. Elizabeth's tribute to the Unknown Warrior became a tradition followed by every royal bride since.

As with countless other families up and down the country, the shock of the death of a close family member must have been severe for Elizabeth.

Today 11.11.2020 we remembered the 100th anniversary of the Unknown Warrior - an unidentified body chosen to represent all the soldiers, sailors and airmen who were lost in the First World War.

The following video maps the journey of the Unknown Warrior from the battlefields of France to London. https://youtu.be/cvOI4RPe8v0

The 100th anniversary is a time to reflect again on the service and the sacrifices made by those in our Armed Forces. SSAFA, the Armed Forces charity is there to honour that debt in 2020, as they were 100 years ago, providing support to our military's serving personnel, veterans, and their families whenever and wherever they need them.

No one's service to our nation is ever forgotten. But they can't do this without your help. Please support their Remembrance fundraiser. Thank you.