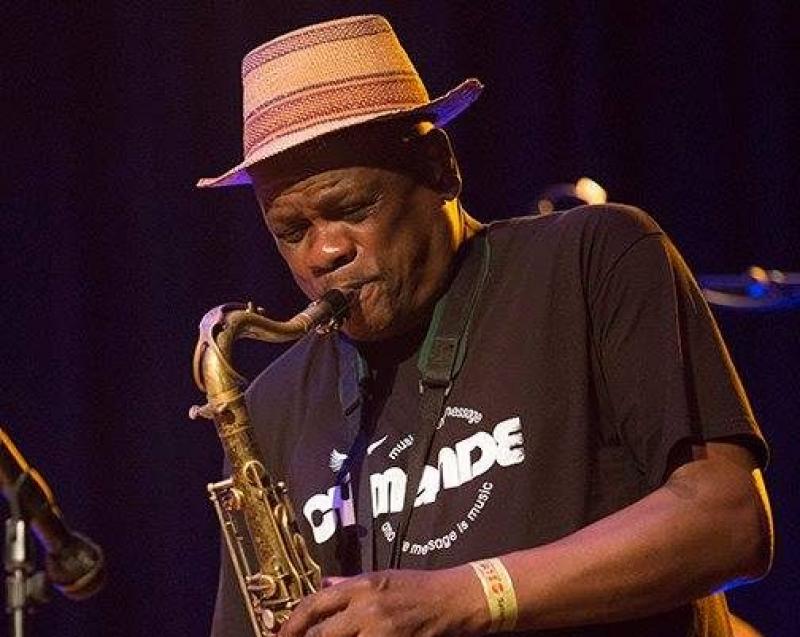 Back in 2018 Jamaican born saxophonist and band leader Ray Carless recruited the cream of musicians well versed in the language of Jamaican and Caribbean music to play what they call Windrush Celebration jazz, incorporating the Jamaican classics that the Windrush generation knows and enjoys into Carless’ jazz foundation with an infusion of ska, reggae, rock steady and blue beat.

Bassist Dennis Davis, drummer Mikey McKenzie and guitarists Cameron Pierre, Alan Weekes, all wicked musicians, who grew up enchanted by the riddim of reggae, the skank in ska, and the grooves of jazz, lending further authenticity to Carless’ artistic vision dedicated to the Windrush Generati.

At first, Ray Carless and his Club Skaaville Allstars played local gigs, such as the ones at the Vortex Jazz Club in Dalston. Soon, however, they began extensively touring the UK picking up a large number of ska and reggae gigs, since then they gained strength, momentum and a steady following.

The band has released an EP titled Moment in Time, dedicated to Usain Bolt the recently retired Jamaican sprinting hero. The six track record features all of Ray Carless’ favorite genres, Ska, Blue Beat, Rock Steady, Jazz and Reggae. Much like Bolt, who was set onto conquering another sport, Carless is not afraid to take up yet another challenge.

Last year Ray Carless was approached by the legendary Skatalites and since then they have toured together in Spain, France, Finland and the UK. When not playing with the Club Skaaville Allstars or the Skatalites, Carless also gigs with Cymande. Carless joined the six core members of the epic 70’s nyah funk band during its 2014 reunion. Since then, the band is going strong as ever, regularly selling out 2 or 3 nights at Ronnie Scott’s, where they have been playing for the past three years.

Regardless of all these projects, Ray Carless still finds the time to play ska and reggae gigs with veteran Jamaican Studio One legend Vin Gordon (Skatalites, The Upsetters, The Agrovators) when he is in town.