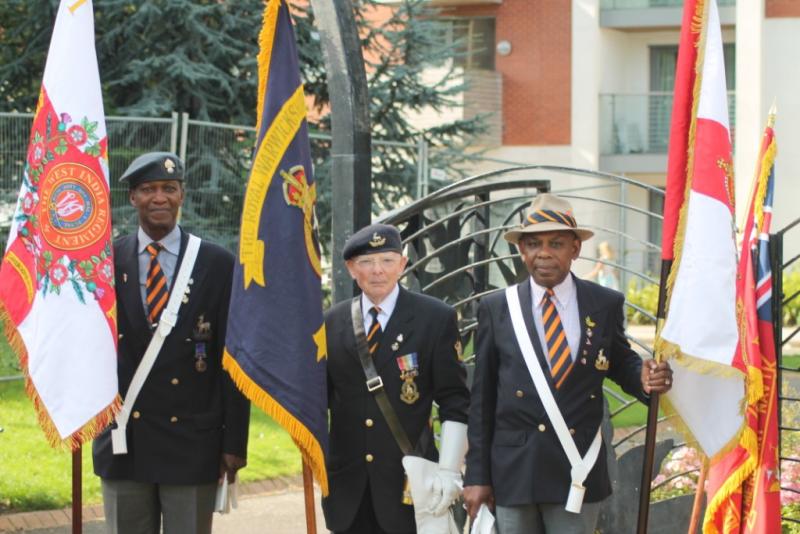 The WAWI Project was founded in 2009 answering the question “Why are West Indians in this Country”. Following a meeting in 2011 with the then County Chairman of the Royal British Legion Dave Gooding we were put in touch with the British and Caribbean Veterans Association.

We took with us a Standard of the West India Regiment to showcase our work and Lee quickly volunteered to carry the Standard on our behalf at the 90th Annual Poppy Parade.

It was a poignant moment as this was the first-time veterans from the British Caribbean Community had paraded here in Birmingham. Lee was joined that day by two comrades Vincent Daniel (Warwickshire Regiment) and Howard Hylton (TA Parachute Reg).

This was closely followed by the Birmingham Military Tattoo at the NIA where Lee and Vincent joined in the biggest parade of mass Standards in Europe.

Since that first encounter the WAWI Project has grown in stature, with a following from all branches of the Armed and Emergency Services as well as Public and Community organisations.

We had a dream, Lee helped us to believe and together we have achieved.

Lee’s legacy will live on forever within the WAWI Project and beyond.