Mona Baptiste and the Empire Windrush 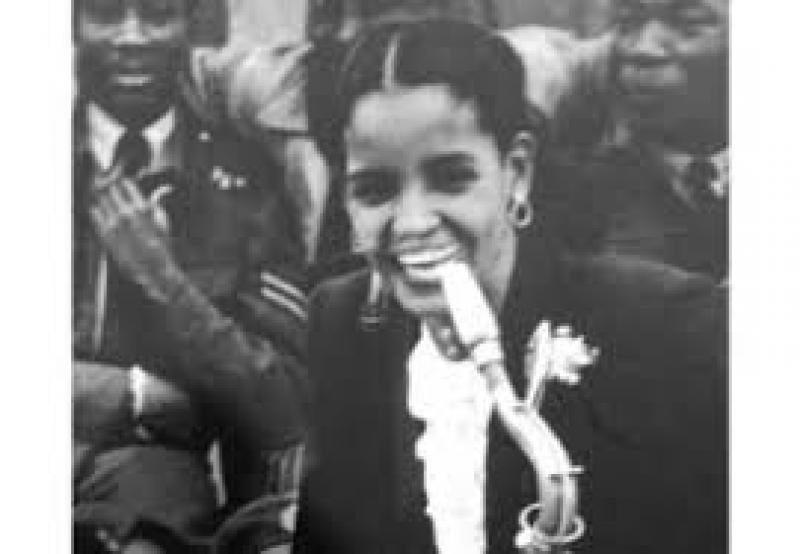 Bill Hern of Historycal Roots recently made a trip to Trinidad to research the life of Trinidadian singer/actor Mona Baptiste who came to England on the Empire Windrush in 1948. One of the mysteries he hoped to solve was why Mona elected to move to England and not, for example, the United States? Mona had family in the States and was already popular with an American audience through her appearances on the US Forces Radio in Trinidad. Mona was a blues singer and the States was the birthplace of the blues as well as the home of her idol, Lena Horne.

Mona died in 1993 so isn’t here to tell us, but from discussions with family members it is evident that the reason was purely and simply, patriotism and loyalty to the Mother Country. She was coming home.

Mona’s loyalty was typical of Trinidad as a whole but also had roots in her family history. In 1915 her Uncle Inkerman (known as Inky) was one of the many thousands of young West Indians who clamoured to enlist with the newly formed British West Indies Regiment. Inky’s name was another example of the family’s patriotism. His father, also Inkerman, had been named after the Battle of Inkerman of 1854 in the Crimean War.

Inky’s British West Indies Regiment service number was 1087 indicating he was amongst the first contingent of volunteers. Along with over 400 Trinidadian volunteers and others from Barbados and British Guiana he left his homeland on Her Majesty’s Troopship Verdala on 18 September 1915. He was never to return.

Shortly after he arrived in Seaford, Sussex for training prior to embarkation to the middle east, Inky caught pneumonia and died on 20 November 1915.

The War Diary of the 1st Battalion of the British West Indies Regiment on 20 November 1915 records the stark news that “Private Romney of “E” Res Company died at Surrey Home on this date.”

Inky was the third British West Indies Regiment solider to die in World War 1 and along with eighteen other brave young West Indians, is remembered and honoured with a Commonwealth War Grave in Seaford. Inky is also commemorated on the Cenotaph in Port of Spain.

Another of Mona’s uncles, Frank Romney, Inky’s brother, also fought in World War 1. Frank survived the 1st World War and also fought in World War 2 where he lost both his legs. For the rest of his life he was a familiar figure in Port of Spain either in his wheelchair or hobbling on what little remained of his legs as his false legs were so ill-fitting. He was truly a hero.

Talking of heroes, the excellent National Museum of Trinidad and Tobago celebrates the life of Samuel Hodge the first West Indian to be awarded the Victoria Cross for conspicuous bravery in Gambia in 1866. White troops positioned on the West coast of Africa had suffered huge losses due to malaria, blackwater fever and dysentery. The War Office addressed this by shipping in soldiers of the West India Regiments. This included Samuel Hodge.  British troops were attempting to take the town of Tubab Kolon but cannon fire failed to breach the stockades. Volunteers were sought to attack and try to breach the stockade by hand. Hodge and sixteen other men then attacked the fence armed only with hatchets. Thirteen were killed almost immediately. Another was killed as the stockade was finally breached. Hodge was badly injured but survived to receive his Victoria Cross on 24 June 1867. He was a broken man though and died of fever less than a year later.

Even in peace time Trinidad supported Great Britain. In November 1931, for example, despite its unbalanced budget, the Legislature Council of Trinidad voted that £25,000 be forwarded to the British Treasury.

The advent of World War 2 took Trinidadians’ attention away from industrial strife and problems on the island. People pulled together to support the Mother Country in its latest hour of need. Immediately War was declared the Trinidad Legislature passed a resolution pledging loyalty to the King and assuring the British Government of its fullest support in their emergency measures. It also expressed a willingness to place all of Trinidad’s resources at the Government’s disposal. The President of the General Trade Unions and the leader of the Labour Party also assured the Government of their full support.

Many Trinidadians volunteered to fight in the War. In addition the country supported Britain financially. Collections were made to fund the purchase of fighter aircraft for the RAF. By December 1940 £87,00 had been raised towards a target of £100,000 to pay for a squadron of Spitfires.

In July 1940, in an act of the greatest generosity, the Trinidadian Government pledged the whole of the country’s remaining reserves – some £500,000 – to the British Government as a free-of-interest loan for the duration of the War.

At school Mona Baptiste and her fellow pupils made things for the War Effort Box and dropped their pennies into the collection tin.

Clearly the ties to Britain were strong.

The British Government was keen to ensure that its colonies were protected so was more than happy to encourage the United States to have a presence on the island. Although not yet engaged in the War, the United States was concerned that if the West Indies was to fall into the hands of the Germans they would pose an increased threat to the United States. The Trinidadians were happy with this situation but stipulated that it must not alter Trinidad’s status as part of the British Empire.

So if anyone should ask why are the West Indians in Britain they should remember people like Mona Baptiste who was British through and through; her Uncle Inky who gave his life for the Mother Country; Uncle Frank who suffered horrendously while serving in the British Army; and the huge financial contributions Trinidad and the rest of the Caribbean gave when Britain was in its greatest need.

More about the life of Mona Baptise can be found at http://historycalroots.com/mona-baptiste