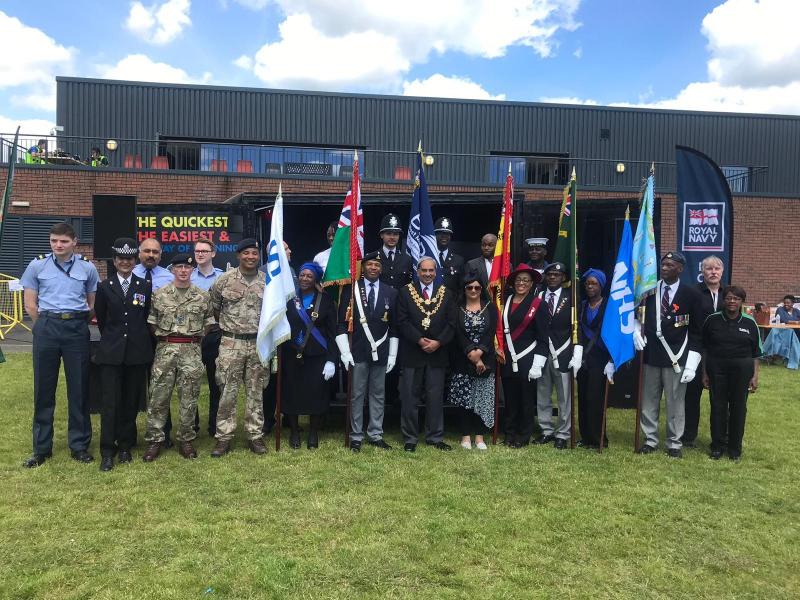 Over the past 10 years members of the WAWI Project have been working tirelessly promoting and raising awareness of the true history of Windrush, and the contributions made by those British Citizens who answered Britain's call for help.

To commemorate 71 years of Windrush, events were held throughout the week commencing 16th June with a Sunday morning Service of Thanks Giving at the Calvary Church of God in Christ, Burlington Street, Newtown,

For the 3rd year running Laurel Road Community Centre held a special lunch including a live radio broadcast and presentation from the WAWI Project to the United Seniors group on Tuesday 18th June.

On Wednesday 19th in partnership with the Caribbean Family History Group the WAWI Project gave a talk to the Home Office Equality and Inclusion group at Five Ways House.

On Thursday 20th members of WAWI were interviewed and shared stories of England's Hidden History during a 2-hour program with Papa J on New Style Radio, dedicated to Windrush.

Friday evening Panel Croft hosted an evening dinner and entertainment to say thank you to the elders in recognition of 71 years continuous contribution to help care, protect and support their Mother Country.

Windrush Public Service Day 22nd June at the Sports Hub Perry Barr. The event was led by West Midlands Police BAPA in association with other Local Authority Services, Military Personnel and Partners. An educational day bringing communities together united in giving thanks and appreciation to those who have served and continue to serve us all. Honorary guests included the West Midlands Police Chief Constable and the Lord Mayor of Birmingham.

Windrush Week was brought to a close on Sunday 23rd at the Assemblies of the First Born Church, Lozells with a Windrush Concert,  WAWI Parade and Service of Remembrance.

We would like to thank all our members, partners and community partners for their continued help and support in making this a more cohesive society.

We thank you all.