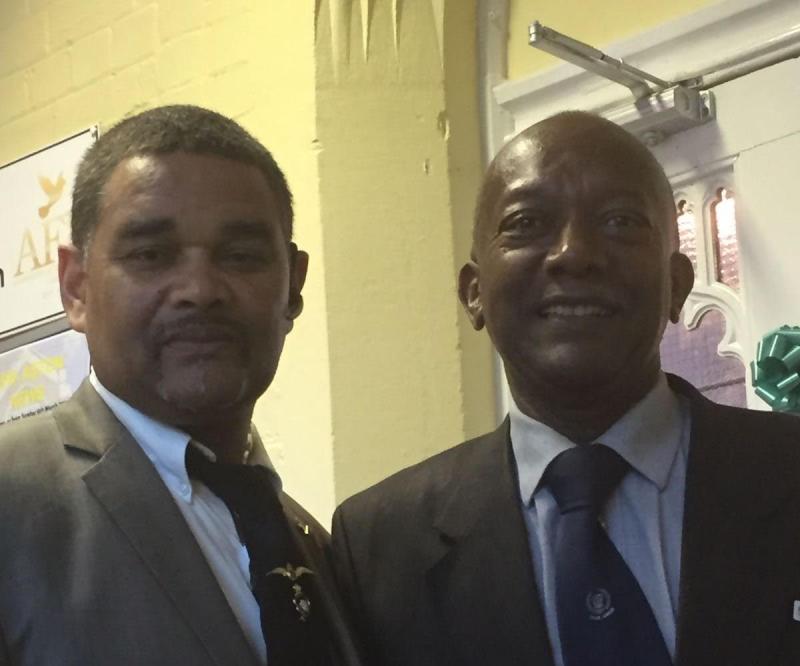 The second week in June each year is celebrated and promoted as National Diabetes Week in Britain and Northern Ireland. This year it runs from the 11th to the 17th June.

Diabetes UK a leading charity whose slogan is Know diabetes, Fight diabetes has as its aim ‘to create a world where diabetes can do no harm.’ A quote from Diabetes UK says ‘Diabetes is the most devastating and fastest growing health crisis of our time, affecting more people than any other serious health condition in the UK – more than dementia and cancer combined.’ Diabetes UK has been well established for several years and does some stellar work raising the profile of the medical condition Type 1 and Type 2 diabetes.  A visit to the website www.diabetes.org.uk will lead the reader to a plethora of information about the important work of this charity and I invite readers to do so.

Being at the cutting edge of raising the profile and public awareness of diabetes is one of the main roles of Community Champions and I am proactive in doing so. It is a role that I really enjoy as I hold firmly to the view that knowledge is power.  It must be said from the outset that contrary to popular belief there is still no known cure for diabetes. Please take my advice and do not send any money to websites wanting to prescribe medication pretending that they have a cure and stick to the well established official diabetes website. However with the right treatment, knowledge and support people living with diabetes can lead a long, full and healthy life.

One often hears the word diabetes banded about but so many people are ignorant of what exactly this medical condition is and how with a healthy diet and lifestyle including regular physical activity one can significantly prevent or reduce the risk of developing Type 2 diabetes. Diabetes happens as a result of the pancreas, the organ that produces insulin deciding for no apparent reason to stop doing so completely which results in Type 1.  Either an insulin pump strapped to the body or daily insulin injections are necessary to keep the person alive.  In Type 2 diabetes some insulin is produced but is not enough or does not work properly so one has to either take medication in the form of tablets or insulin injections.  The human body cannot function without insulin which is meant to break down the sugar in the blood.

The latest figures in Britain point to a 60% rise in diabetes over the last decade resulting in 4 million people having been diagnosed with either Type 1 or Type 2 diabetes. It must be noted that only 10% of diabetics have Type 1 which is not preventable at all.  90% of the 4 million diagnosed have Type 2 which is for the vast majority preventable although for some it is hereditary. There is too  an estimated ¾ million people who have Type 2 diabetes but are not even aware of that simply because they have not had a health check to determine their situation.  There are each year according to statistics proved by Diabetes UK over a quarter of a million early deaths attributed to diabetes complications and in England alone 135 limb amputations every week.

The four main symptoms of diabetes often referred to as the 4’t’s  are tired, thirsty, toilet and thinner although there are others such as blurred vision, slow healing of cuts/bruises and  loss of sensitivity in the  feet caused by nerve damage. Some people  have Type 2 diabetes for as long as ten years without even knowing  and during that time the internal damage being done can lead to complications such as kidney failure, blindness, strokes, heart attacks and limb amputations.

I am on a mission to educate and raise awareness of diabetes as I want to enable and empower people to adopt preventative measures to either manage or keep the medical condition at bay especially amongst the African, Caribbean, Asian and Chinese communities who are up to four times more likely to develop Type 2 due in part to their genetics/metabolism. The aforementioned ethnic groups are more at risk from the age of twenty five whilst for white people it is age forty.

Type 2 diabetes runs in my family which meant there was no escaping it. However for the past twelve years since being diagnosed I have taken no medication at all, controlling it with a healthy diet and incorporating a lot of physical activity in my daily routine.  I am living proof that one does not have to lead a sedentary and couch potato existence and the value of exercise should not be underestimated.  Piling on the pounds, being overweight and obesity are to be avoided at all cost and it must also be emphasised that some people of a ‘normal’ weight can develop diabetes.