Do You Know The First Bible Was Written In An African Language? 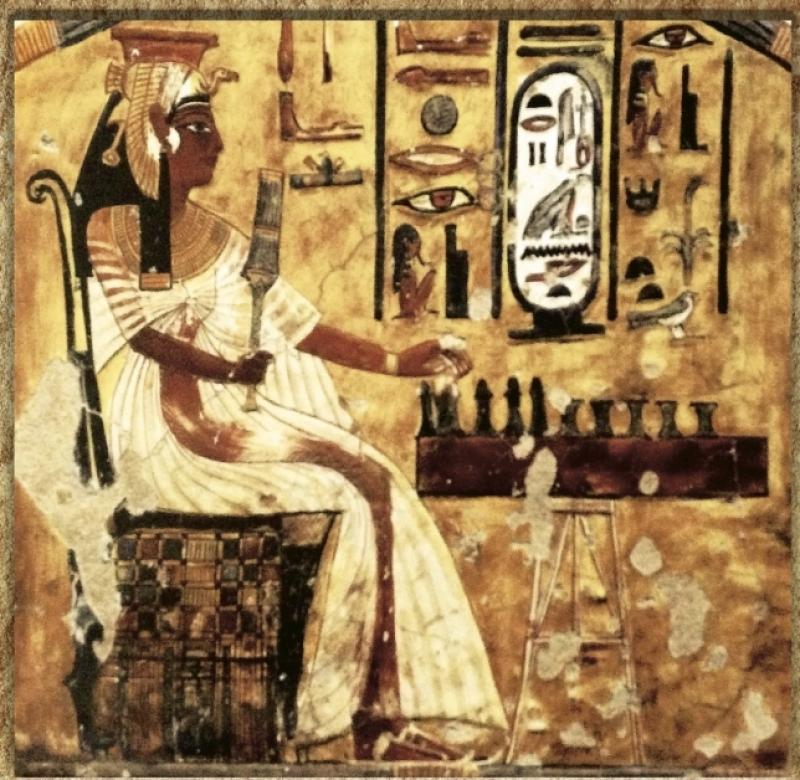 As the New Millennium proceeds, the uncomfortable spectre of racism continues to raise its ugly head over and over again in one location or another within the United Kingdom, as UK residents of visible African descent, being the general victims of racial profiling, are very much aware of, despite all establishment commentaries to the contrary and despite the enactment of the various Race Acts against racial discrimination passed during the last century. Currently manifesting in the form of institutional racism, it therefore gives rise to general feelings of social insecurity and a sense of displacement among its victims. Being systemic in nature, it is clear that legislative pressure for social equality has failed to remedy this deep-seated, ingrained antipathy to human equality. Thus thoughtful people have cause to wonder why the social pathologies of racism and xenophobia continue to persist in Western society.

Therefore, as one who is deeply compassionate about all human suffering, I have expanded my field of study as a local historian, expressed in my earlier works The Tiger Bay Story and Endangered Tiger - A Community Under Threat, an area of research that concerned the maritime background of my native south Cardiff hometown which, as a matter of historical fact, did actually transcend the artificial separation of the races, into a more global examination of this negative social phenomenon in an effort to seek out the underlying motivating force of this inhumane dilemma.

the horrendous global strife and refugee crisis that we witness on television and in mainstream news media everyday has its roots in the fall of matriarchal society but more pertinently can be traced back to the resurgence of the Shemsu Seth circa 1500 B.C., the latter details of which were much elaborated upon in The Original Iconoclast, chapter three of Is The Bible African History. Indeed, that fateful era marked the very birth of the beginning of monotheism, which ultimately evolved into the three great Yahwist religions, the combative patriarchal source of the great theological conflict that troubles the world to this very day.

The aforementioned books which highlight the era of the Sacred Science, the African matriarchal belief system that preceded the imposition of patriarchal monotheism by millennia, a sacred system of belief that the currently accepted Bible defames as paganism, are as such a critique of the three Great Yahwist religions not from the point of view of the theology they espouse but the divisive ideology their interpretation of the Lost Torah advocates.

Of the two volumes Is The Bible African History is the longer given the necessity to gather a great amount of historical proof for its controversial contention. Both nevertheless attempt to open the door to the Truth of our African past. Based upon that prequel however, The Bible Is African History is about half the size and though it breaks new ground it also acts as a guide to an understanding of the previous volume.

The Lost Torah, mentioned above, however was the original journal of the Shemsu Akhenaten, an African and Afro-Asiatic priesthood known as the Yahuds, the Followers of the Heretic King, the first African king in fact to call himself Pharaoh, which recorded the events of their expulsion from the Nile Valley. Much to the objection of the prophet Jeremiah, the Lost Torah was rewritten on the banks of the rivers of Babylon a thousand years later.

Though preceded by holy writings known as the Pyramid Texts that were far more ancient being based on knowledge that potentially dates back some 30,000 years, the original Torah nevertheless was written in an Afro-Asiatic creole linguists otherwise refer to as pre-biblical Hebrew, first spoken in Akhet-Aton, a newly built city in the Black Land [as opposed to the Red Land] of the Land of Khem, in defiance of the MeduNeteru, the symbolic language of the Sacred Science the Greeks would later call the hieroglyphs.

That Babylonian rescension, which over the last two thousand or so years has undergone multiple reinterpretations formed the basis of the modern Bible we recognise today, the most historically recent transformations being the Evangelical incorporation of the Rapture Doctrine and Christian Zionism. Translated in its earliest days into Greek and Latin, this much altered and tampered with version of the Lost Torah, given the general divisive state of the world today, has served the purposes of imperialism very well.

As the Preface to The Bible Is African History forewarns: Bible readers beware! The fundamental semantics of patriarchal monotheism ... pertinently and definitively rejects, discards and abandons the pale-ancient history of the black people of Africa, particularly those of the ancient Land of Khem and, therefore, the true non-imperialist account of the history of humanity.

As is well known moreover, the biblical text has been used to justify slavery, the signature theme of imperialism. Nevertheless, as a relief from the torment and drudgery of both slavery and plantation life, biblical stories, the only literary expression available to the enslaved, played an uplifting and inspirational role in the march toward freedom from such exploitative abuse. Thus, the Bible, and in particular the Exodus, holds a special place in Black communities throughout the world.

As a consequence of this fact, I would be the last person who would want to demean its significance or relevance but, given the persistence of racism in our westernized world, it is very important to the future wellbeing of the community in question that the so-called Holy Bible be subject to a certain degree of scrutiny for paradoxically therein lies the source of the discrimination black people have been subject to for the last approximate 3,500 years.

Of course, the reader of my works is not being asked to give up his or her beliefs in what the Bible proclaims but if we are to get to the bottom of this problem it becomes essential nevertheless, in our endeavour to get at the root of this perennial problem, to study the history behind the origin of this important work. Such effort therefore inevitably draws our attention to the Lost Torah, the original text upon which the accepted Bible is based and indeed to the African language in which it was written.

From such analysis we therefore realize that the Bible is a reinterpretation of the Lost Torah. Once we have decoded the Bible we also rediscover the historical truth of an African Exodus. Thus, the flight from Egypt is not what we have been led to believe. Indeed, by removing the Greco-Romano veneer that the Department of Egyptology smears over the last three or so hundred years of its exceedingly long history we uncover an African civilisation that identified itself not as Egypt but as the Land of Khem. With this realization it therefore becomes essential for us to return to the original African nomenclature if we are ever to see once again the African aspects of that ancient Nile Valley civilization and rediscover the true source of what is believed to be one of the world’s holiest of books.