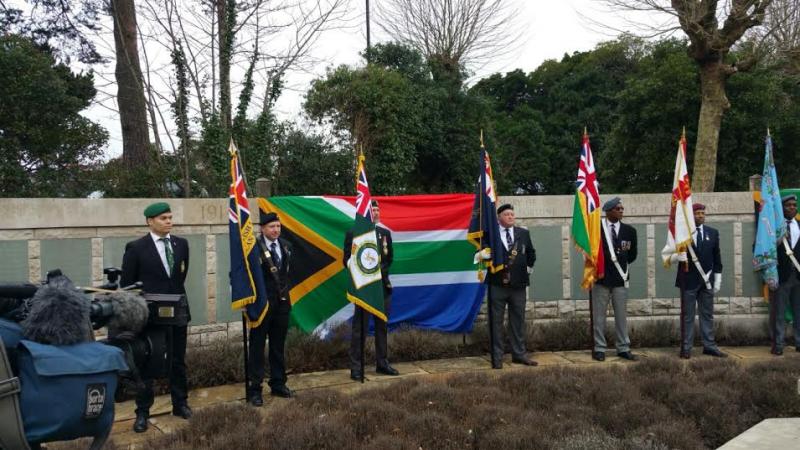 Why Are West Indian Legionnaires joined members of the South African Legion for the SS Mendi Remembrance Parade in Southampton.

"On 21st February 1917, during World War 1, a British Chartered Troopship containing a full Battalion of South African Native Labour Corps men and officers on its way to the Western Front was rammed in Fog conditions in the English Channel.

The SS Mendi sank in 20 minutes with the loss of 616 South Africans and 30 British. The much heavier ship, the SS Darro, which rammed the Mendi had not been following safety protocols for sailing in fog conditions and furthermore did not stop to rescue the men in the frigid February water.

The greatest tragedy was yet to come as due to racial prejudice this event was somewhat down-played throughout the years and not enough credit given to these men."