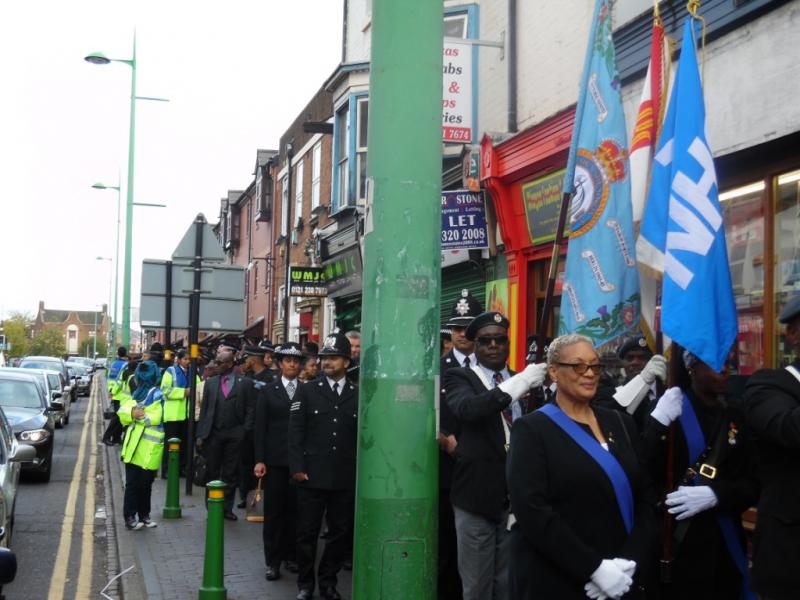 The National Black Police Association walk of peace is one element of their annual conference. It provides a platform to showcase ethnic diversity in policing with hundreds of Black and Asian officers showing solidarity with local communities in a powerful and visual manner.

The march also provides an opportunity to remember those who have lost their lives in the line of duty. Thankfully this is rare in the UK, enabling greater emphasis to be put on showing solidarity with communities as such with 2014's walk through the streets of Eltham to the spot where Stephen Laurence was murdered.

As 2015 marks the 30th anniversary of the Handsworth riots which shook BME communities in Birmingham as well as other UK Cities the procession this year was along Lozells Road. Briefly stopping at the site of the Post Office in memory of two men who lost their lives during the riot, the procession concluded at the local Niskham Centre, Soho Road.

With this year also marking the 75th anniversary of the end of World War II it seemed fitting for WAWI members to join the procession, highlighting the contribution of hundreds of thousands of Commonwealth troops who heeded the call to serve as well as the nurses who cared for them.

Together we can make a difference.