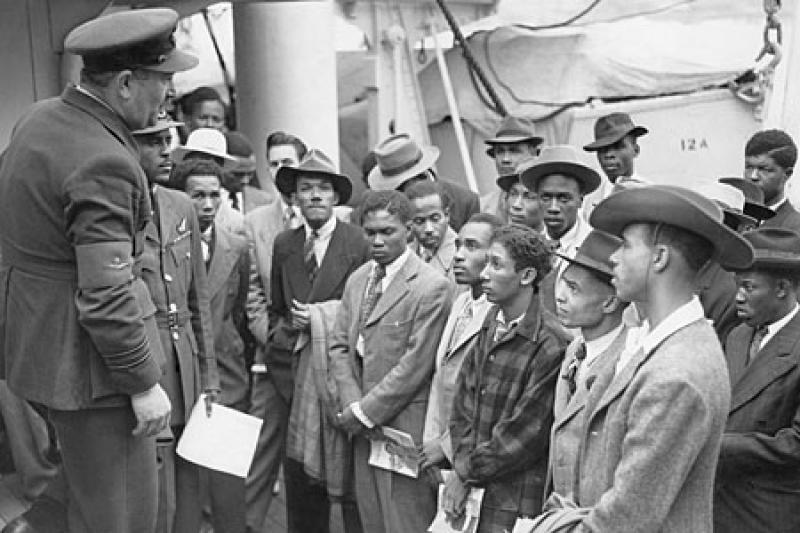 Following the declaration of War in 1939, Johnny Smythe born in Freetown, Sierra Leone volunteered for the RAF, training as a Navigator Officer. A year later he became Navigator of a bomber squadron  before being promoted to Flying Officer.

In 1943 he was taken prisoner after being shot down by enemy fighters. He spent the remainder of the war helping on the escape committee at Stalag Luft One in Pomerania, Germany until he was freed by the Russians in 1945.

Following the war, Johnny Smythe remained in England where he re-enlisted in the RAF to continue to serve King and Empire.

In 1948 he was one of two Officers to welcome the 250 returning military personnel on board the SS Empire Windrush, as well as skilled workers and other professionals who answered England's call for help.

A celebration of the centenary of Flying Officer Johnny Smythe was held in Thame, Oxfordshire on 30th June 2015 in line with events to mark Armed Forces Day.

Further details and photos can be found at: http://sierraleonebicentenarytrust.com/projects.html