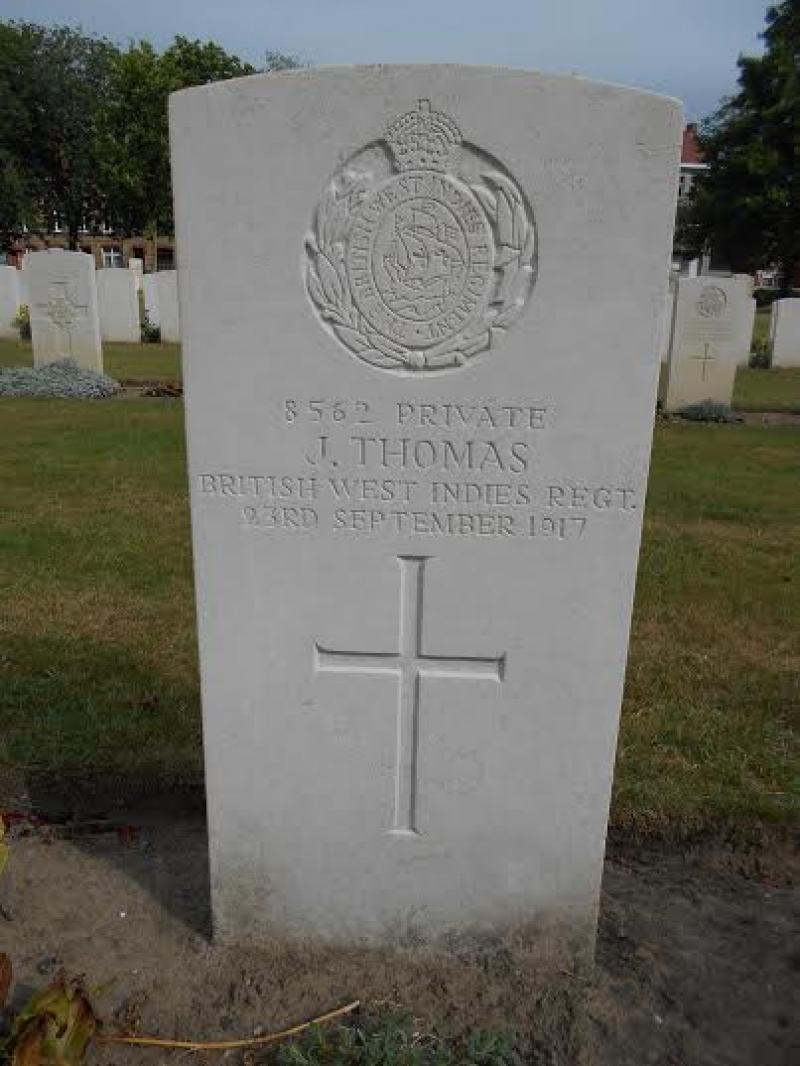 On a recent visit to Ypres I visited Ypres Reservoir Cemetery in the town, primarily to see the grave of VC recipient Brigadier General Francis Aylmer Maxwell. The information panel at the entrance to the Cemetery stated that there were six graves of men who served with the British West Indies Regiment So I sought to find one.

Ypres Reservoir Cemetery was one of three cemeteries built in the west of the town near the prison and reservoir and it later absorbed the graves from the other two cemeteries.

The attached photo is the grave of Private Joseph Thomas of 3rd Battalion British West Indies Regiment who died on 23rd September 1917. The 3rd Battalion were one of the 11 British West Indies Battalions serving in Ypres Salient in 1917. This is reflected by the other graves in the cemetery; C Bell, P Brown and J Bryan, all of whom died on 25th October 1917and M Campbell who died on 11th July 1917.

There were no graves from the British West Indies Regiment in Ypres Ramparts Cemetery but the Regiment does have its own panel on the Menin Gate. See http://whyarewestindians.co.uk/node/122