In memory of the SS Mendi 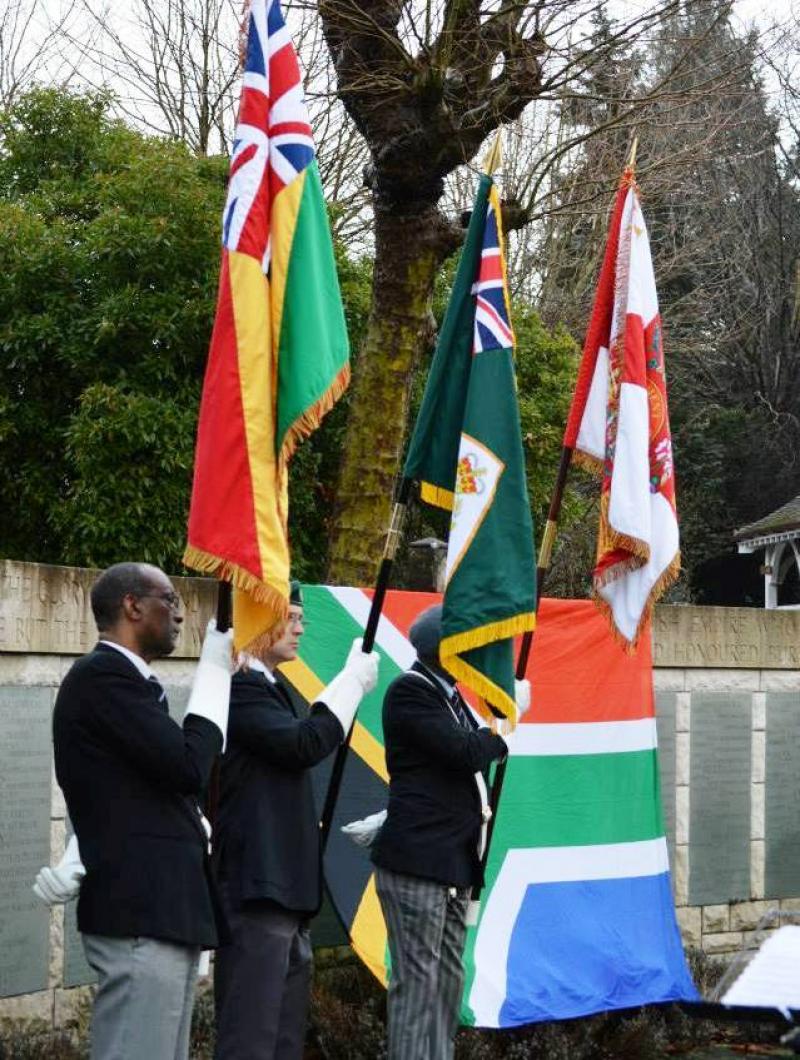 On 21 February 1917, during the 1st World War, Mendi was transporting 823 personnel of the South African Native Corps to France. She had sailed from Cape Town to Lagos (Nigeria) where a gun was fitted to her stern, then on to Plymouth; before proceeding towards Northern France.

At 5am, while being escorted by the destroyer HMS Brisk, Mendi was struck amidships and almost cut in half by the SS Darrow, an empty meat ship bound for Argentina.

616 South Africans (607 of them black troops) plus 30 crew members, mostly British, died in the disaster.

Picture taken at a memorial service held in Southampton, 2015.