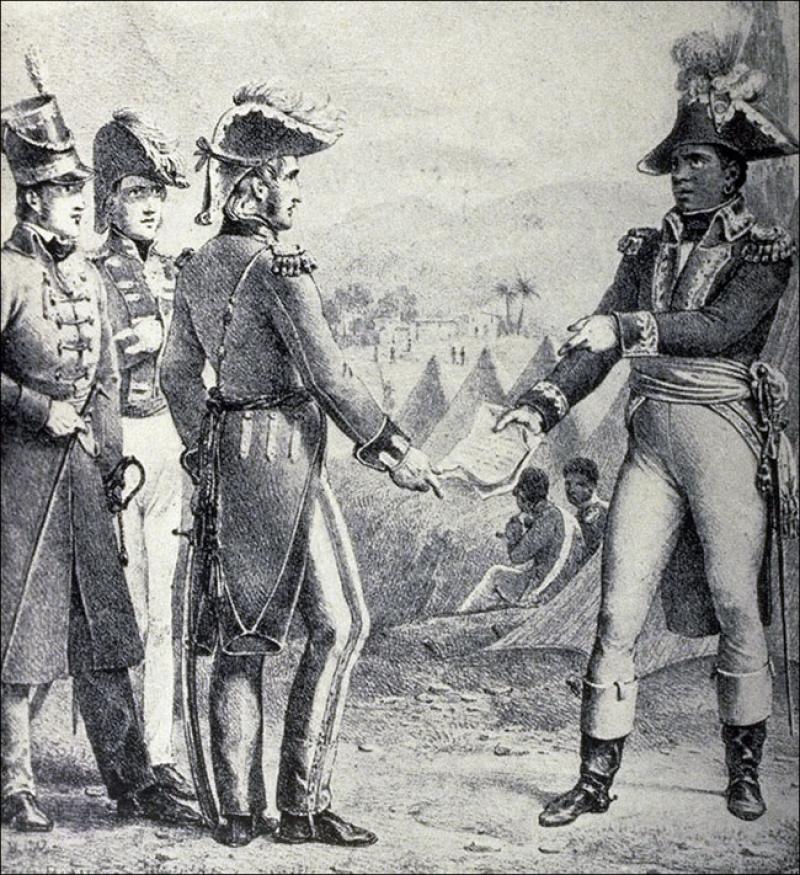 Lieutenant-General Sir Thomas Maitland (1759 - 1824) was the Commander-in-Chief of the British expeditionary force to Saint-Domingue and a Colonel of the British 10th West India Regiment (1798 – 1802). "He was an able if unscrupulous man, an experienced and crafty soldier who later became Governor of Malta."

After Maitland's defeat by Toussaint Louverture in October of 1798, the General retreated back to Jamaica, leaving his troops behind.

Read more at The Louverture Project

Image: "General Maitland meets Toussaint to discuss secret treaty"; Image Reference NW0224, as shown on http://hitchcock.itc.virginia.edu/, sponsored by the Virginia Foundation for the Humanities and the University of Virginia Library.