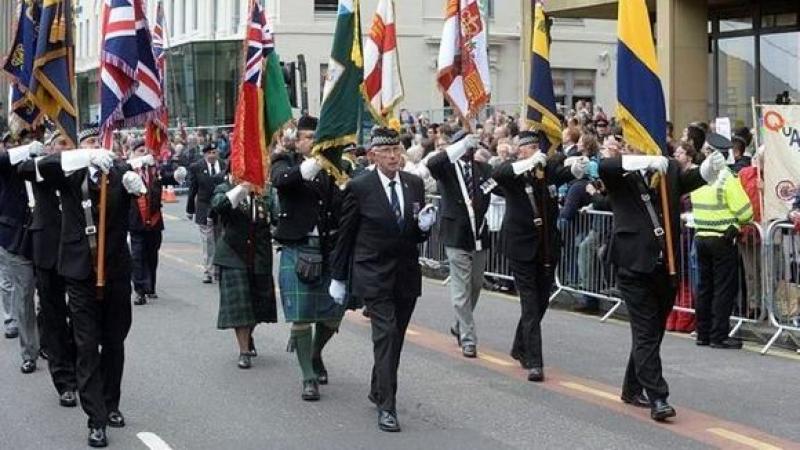 The service was conducted by the Reverend Dr Laurence Whitley, Minister of Glasgow Cathedral.

"Gathering as citizens of the Commonwealth we join in the service of Commemoration; and we do so in the company of countless others across the world who able in this broadcast to share it with us.

We meet because 100 years ago, the world changed. Our nations and peoples found themselves in a war the like of which had never before been experienced, and the memory of which still haunts us all.

Today we pray for peace and goodwill amongst nations, to honour, to remember and to learn."

WAWI Standard Bearers also participated in a procession and March past the Cenotaph at St George Square. One of whom carried the Standard of the British West India Regiment on behalf of his Grandfather and Great Uncle who both served in the Regiment.

We Will Remember Them.