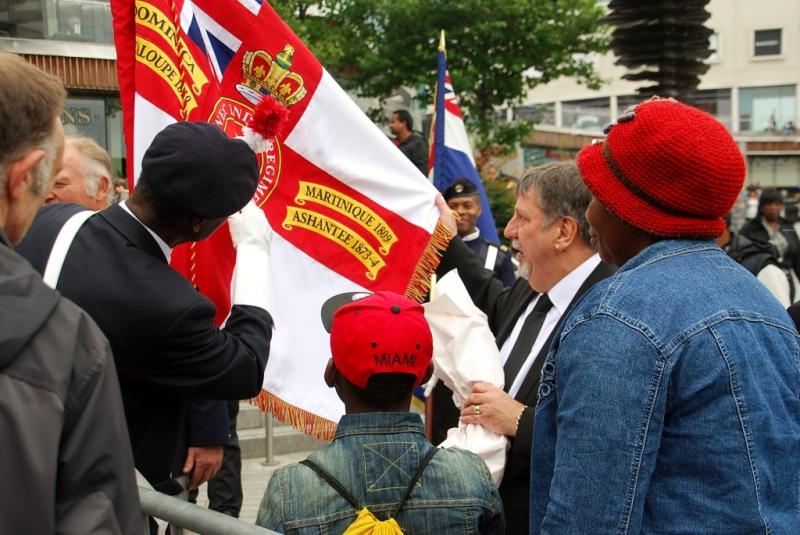 The WAWI Project supports any organisation that puts education at the top of their agenda. For that reason members were proud to be on parade at St Matins Church for a Service of Remembrance of the Birmingham Blitz and of Thanksgiving for the Survivors.

Its aim to commemorate the 2241 people who lost their lives during the Second World War bombing of Birmingham between 9th August 1940 and the 23rd April 1943.

A security 'D' Notice passed by the Government, lifted on other towns and cities upon the cessation of war had inadvertently remained on Birmingham for a further thirty (30) years.

During the service stories were shared of those who experienced the Blitz in Birmingham, the fear, the courage, the tension, the friendship, the sadness, the pride and the loss. A candle was lit in the hope that young and old may learn from the past and build a peaceful future.

The National Anthem was also played and whilst we sang the less known second verse I couldn't help wonder why it is not used more often in today's multi-cultural society.

Following the service, wreaths were laid at the Memorial where the names of those who perished are remembered for all time.

As the picture demonstrates, lessons from history can be shared in any circumstance and at any time.