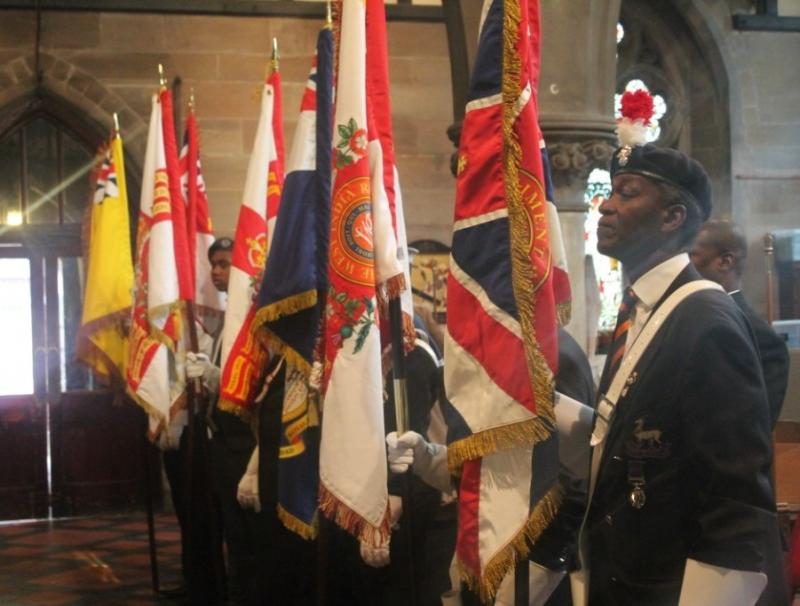 The Standards were blessed by Rev'd Canon Eve of Holy Trinity Church and a wreath was laid in honour of those who brought Hope, Help and Friendship and as a reminder that strength lies in the ties that bind, rather than the differences our cultures bring.

The Standards were carried by both veterans and those currenly serving; representing the Army, Navy and RAF.

There are no words to express my feelings that day, however one thought crossed my mind; "If one person can achieve so much, working together what could all of our communities achieve?"