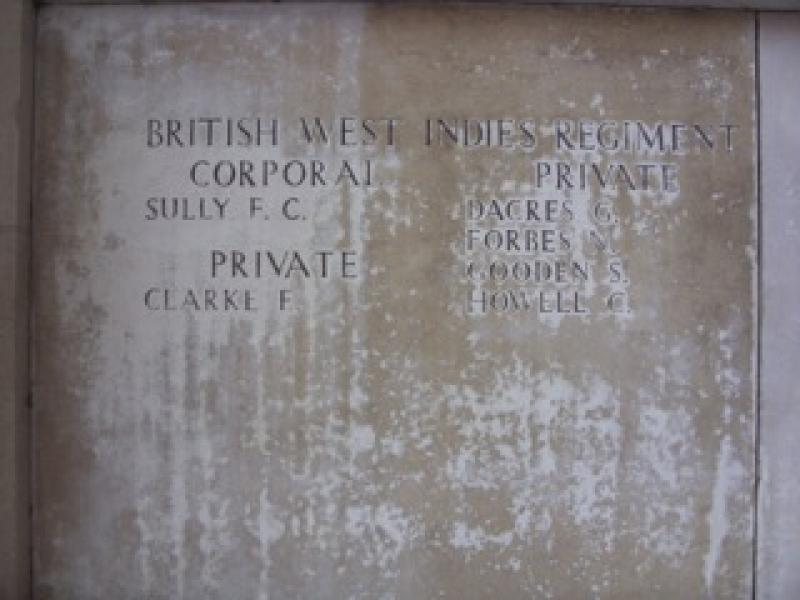 In March I had the honour of accompanying The Lord Mayor of Birmingham, Councillor John Lines on a visit to The Western Front, which included an overnight stop in the Belgian town of Ypres; home to the Menin Gate.

The Menin Gate contains over 54,000 names of British and Commonwealth soldiers who were killed during fighting in the Ypres Salient and have no known grave.

All Commonwealth names are inscribed here but the names of British troops only goes up to those lost before 15th April 1917. The names of those lost afterwards, over 11,000 are now inscribed on the memorial wall at Tyne Cot Cemetery near Passchendaele.

One panel of the Menin Gate is given to men of the British West Indies Regiment lost in Ypres Salient, namely:

The panel which commemorates the fallen is very conveniently located at street level on the left hand pillar as you leave the town (see photo gallery for more images).

I took the opportunity to lay a Poppy Cross at the memorial in honour of those who made the supreme sacrifice.

Many thanks Paul on behalf of the WAWI